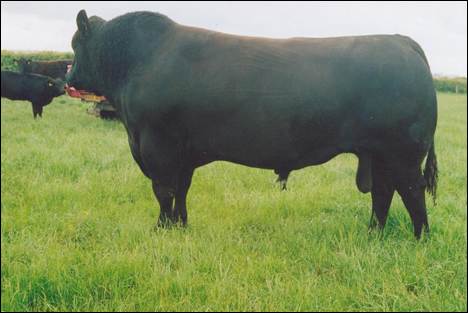 Karlos is the first bull we have bought in the UK since our first imports from Canada in 1975. He was selected from a strong show of bulls at Perth in February 2006 when he had AN ebv OF +22 and now is +46. He is the longest bull we have ever had with a locomotion that is free and straight. His figures show he is a good calver with a short gestation.

Sons: Ploughman at Genus (see Perry); El Paso at Wedderlie; Quincy at Tofts; Parkin at Lorabar; Powerman at Cauldwell (after use here); Kolumbus at Westwilmer (eblex most improved herd 2010) and Red Piper shared with Melview (semen sold Europe, Canada, Brazil) are all passing on his traits.